Queen's House is a former Royal residence built between 1616 and 1635 in Greenwich and its heritage is a tale of Kings and Queens spanning 500 years. Its stunning setting in the heart of South London provides a perfect location for Heritage Live’s summer concerts.

Queen's House is one of the most important buildings in British architectural history, being the first consciously classical building to have been constructed in the country. The famous architect Inigo Jones was commissioned by King James I's wife, Anne of Denmark, to design the building in 1616 after returning from his grand tour of Roman, Renaissance, and Palladian architecture in Italy. The palace was supposedly a gift from the King to apologise for swearing in front of her, after she had accidentally killed one of his favourite dogs during a hunt.

However, Anne of Denmark never lived to see Inigo Jones’s progressive Classical design realised, dying in 1619 with only the first floor completed. It was not until 1629, when King James’ son, King Charles I, gave Greenwich to his wife Henrietta Maria, that work on it resumed.

The Queen’s House was completed in 1636 and is considered remarkable for its break with the traditional, red-brick Tudor style of building, its elegant proportions and the high quality of its interiors. It was the first fully Classical building in England.

The start of the Civil War in 1642 meant that Henrietta Maria had little time to enjoy it – she went into exile, her husband was executed and his property seized by the State, although she did eventually return after the Restoration, in 1660.

It was used consistently by members of the Royal Family up until 1805, after which King George III granted use of the Queen’s House to a charity for the orphans of seamen, called the Royal Naval Asylum. The charity relocated in 1934 and ever since it has been maintained and cared for by the National Maritime Museum.

The Queen’s House is famous today for its extraordinary art collection including works by Gainsborough, Reynolds, Turner and Hogarth and its connection with artists goes all the way back to 1673, when two Dutch maritime painters, the van de Veldes, were given studio space by King Charles II.

It is rumoured that the Queen’s House is haunted. In 1966, a photograph taken by Canadian tourist, Reverend Ralph Hardy, appeared to show a ghost on the Tulip stairs and there have been numerous other reports of paranormal activity. Some visitors have claimed to have heard soft footsteps on the staircase, followed by the strange sound of a group of children chanting. There has also been a handful of paranormal incidents involving a pale woman, dressed in old fashioned clothing. She has been spotted mopping up what appears to be blood on the first step of the staircase - thought to be linked to a maid who fell to her death many years ago. 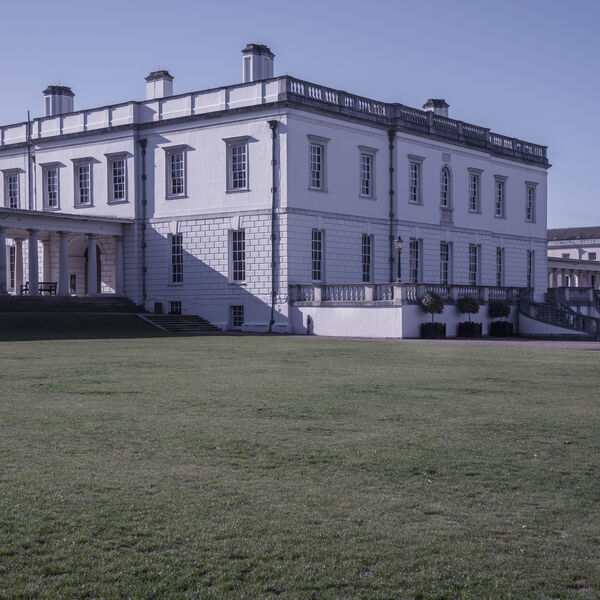 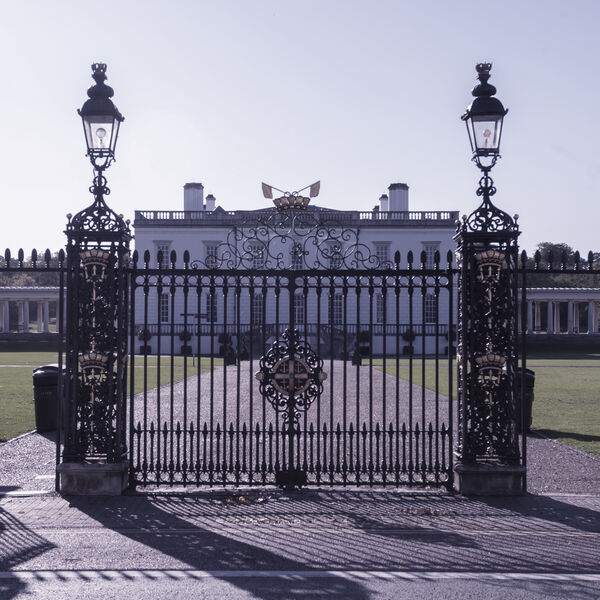 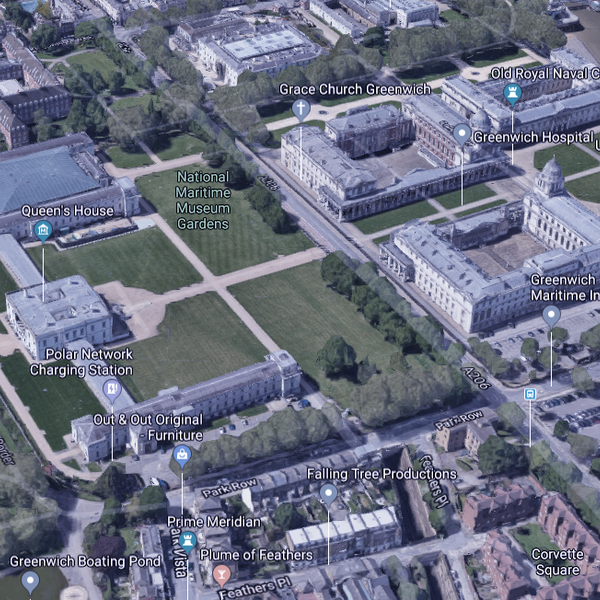 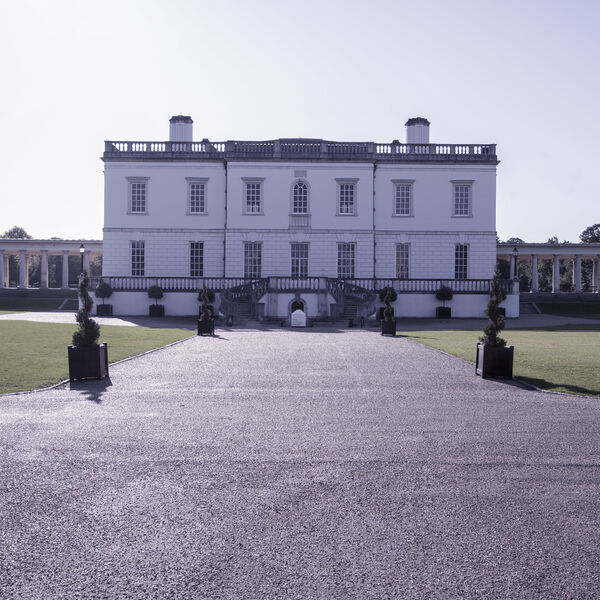 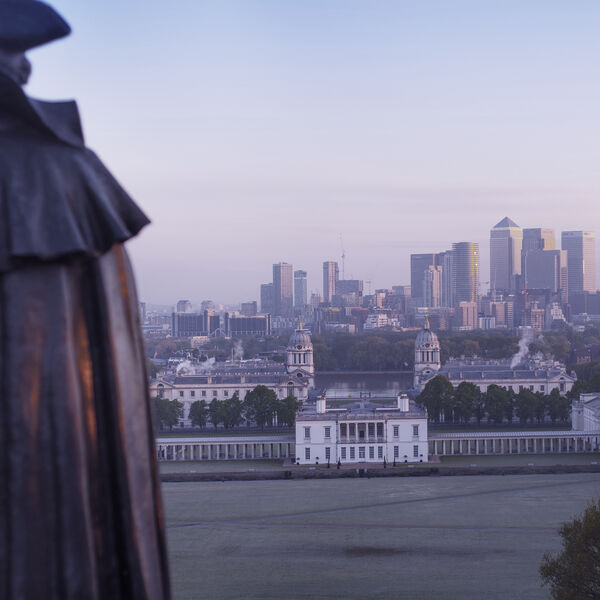 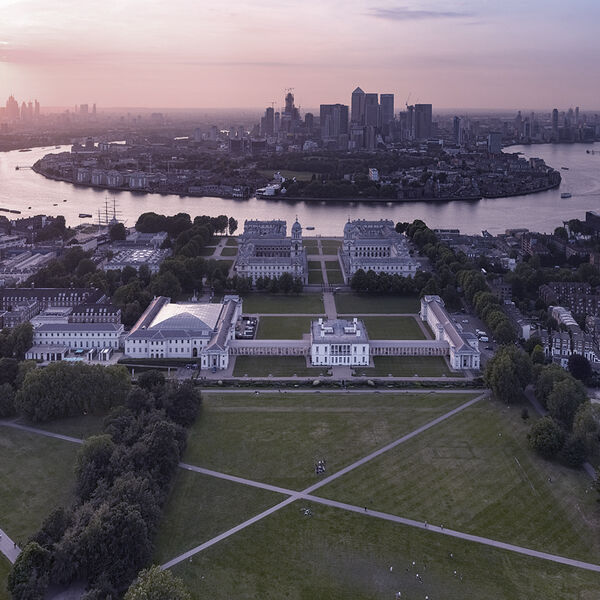 FINDING US IS EASY

Getting to Greenwich for Heritage Live's summer concerts, by rail or river takes no time at all. Just 8 minutes from central London by rail, 20 minutes by DLR, or 15 minutes by Tube from the West-End. Or make the journey part of the fun and arrive by boat!

For Greenwich town centre, the nearest stations are:

Oyster cards can be used at all local stations and on buses. The Queen's House is only a short walk from the stations.

Greenwich Pier has installed Europe's first Ramp Rider greatly improving access for wheelchair users getting on and off boats at Greenwich at low tide. The pier is situated next to the Cutty Sark and it is just five minutes’ walk to the Queen's House from the river.

We recommend using public transport, but if you wish to travel by car, Sat Nav co-odinates are: SE10 9NF

Parking at Royal Museums Greenwich is currently closed to visitors, but there are a number of car parks in Greenwich close to the site: find a list of Council car parks and locations here

Greenwich is on the National Cycle Network and can be reached by traffic-free routes through parks alongside the rivers Thames, Lea and Ravensbourne.

Cycle racks are provided in the National Maritime Museum car park in Park Row and there are cycle paths in Greenwich Park for access to the Royal Observatory. The London Cycle Guides illustrate the local routes in London. Copies can be ordered online from the Transport for London website.

Boroughs across London are planning new safe cycling and walking routes as part of the Streetspace for London plan. The existing Quietway 1 cycle route meanwhile runs all the way from the centre of London to Greenwich Park.

The Thames Path is a long distance walking route that follows the course of the river through London. At Greenwich the path runs along the north bank, but the Greenwich Foot Tunnel allows visitors to reach the south bank, emerging right outside Cutty Sark.

You can reach Queen's House, Greenwich from central London via direct routes from Cannon Street and London Bridge rail or Bank DLR.

The nearest Underground station is North Greenwich, on the Jubilee Line.

Food and alcohol must be purchased on site. Covid-19 guidance and regulations relating to social distancing will apply. Children aged 14 and under may purchase a Child Ticket (proof may be required upon entry). Under 5’s free (no ticket required).