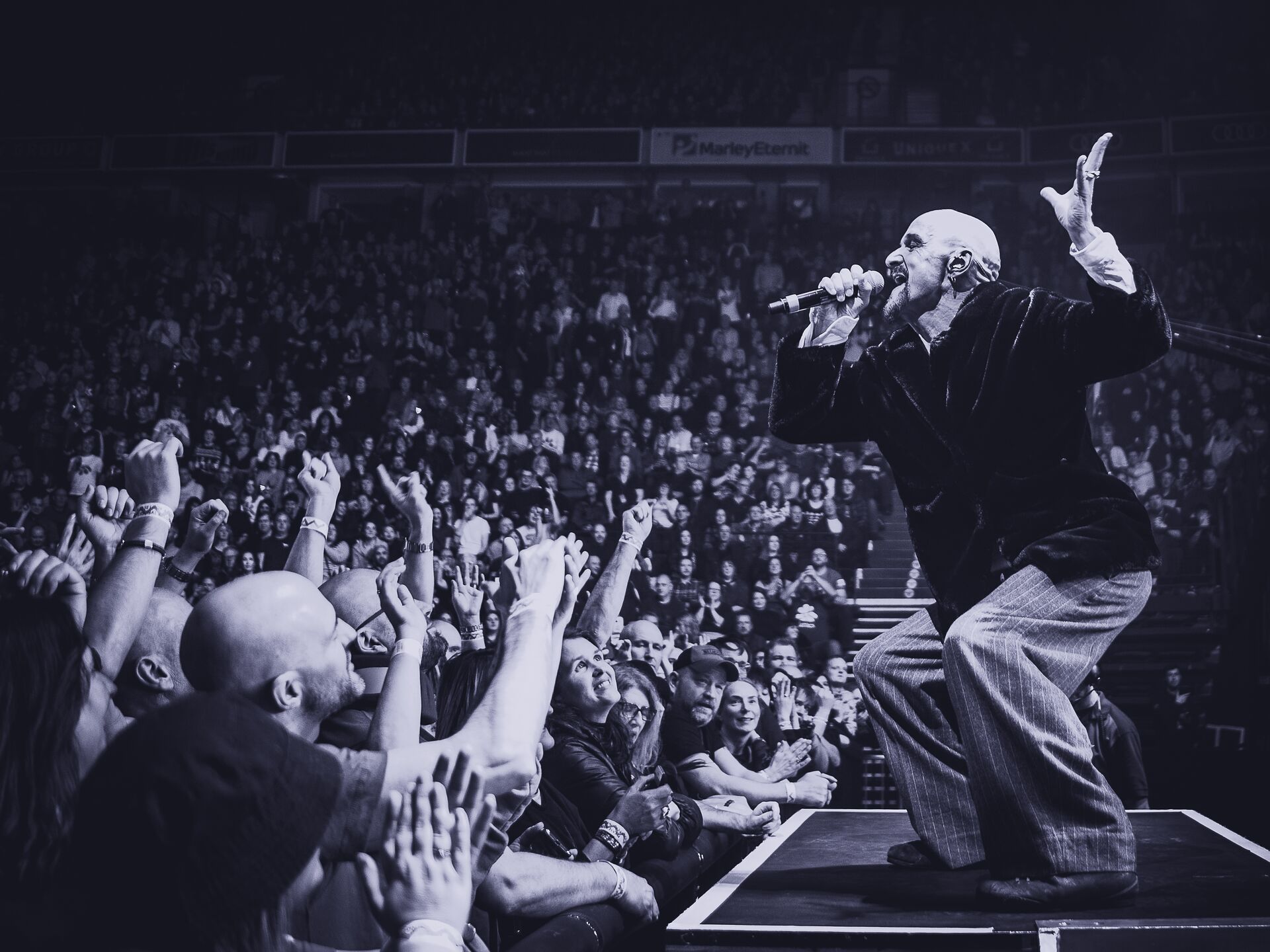 Manchester icons JAMES have re-scheduled their summer outdoor show in London. It will now take place on Friday 10th June 2022 at Kenwood on London’s Hampstead Heath as part of the Heritage Live series of concerts.

Heritage Live have confirmed that James will be now joined by The Charlatans and previously announced Maxïmo Park for this long-awaited celebration of live music. Also remaining on the line-up is singer-songwriter Get Cape Wear Cape Fly, Yorkshire alternative rock group The Sherlocks and the grunge punk outfit Cruel Hearts Club.

The celebrated Shiiine On indie DJs will get the party started in style with gates opening at 3 pm.

James’ 17th album, All The Colours Of You, described by Uncut Magazine as ‘an album that thrums with a sense of urgency both timely and slightly remarkable for a band entering its 40th year,’ reached No.2 in the album charts earlier this summer. It is a widescreen LP that takes the band into new sonic territory and fans of James can expect to hear new material from the new album at Heritage Live alongside their rich catalogue of festival-friendly hits which includes 'Sit Down', 'Laid', 'She's a Star', 'Say Something' and many, many more.

In a remarkable and genre bursting career, The Charlatans have notched up thirteen Top 40 studio albums - three of them number ones - alongside twenty-two hit singles, four of them Top 10. Classics like, ‘The Only One I Know,’ ‘Indian Rope,’ ‘Can’t Get Out Of Bed’ and ‘North Country Boy’ are just a few from their incredible catalogue.

In celebration of their 30-year career, the band released a limited box set collection ‘A Head Full Of Ideas’ last month, reaching #11 in the charts. ‘A Head Full Of Ideas’ features five albums and an exclusive seven-inch single and is a career-spanning collection that sums up their remarkable progress from 1990 Manchester scene hopefuls to one of the UK’s most enduring and best-loved bands.

Meanwhile, Newcastle's Maxïmo Park are no stranger to the festival circuit. Currently riding high from their latest record, Nature Always Wins - which peaked at No.2 in the charts this year – the band's legendary explosive performances will be once again led by their talisman Paul Smith when they head to the capital next June.

The band, responsible for indie anthems 'Apply Some Pressure', 'Our Velocity' and 'Books from Boxes' first burst onto the scene with 2005's landmark debut album 'A Certain Trigger' and will once again take centre stage for this eagerly anticipated return to live festival music.

All original tickets remain valid for the rescheduled date.

GOLDEN CIRCLE a sectioned-off standing area positioned directly in front of the stage. Please note that tickets in this area can be purchased with or without hospitality.

Upon purchasing a standing ticket in the premier Golden Circle (a sectioned-off standing area positioned directly in front of the stage), you have the choice of buying your ticket with hospitality or without hospitality. VIP hospitality includes:-

> Access to the VIP/ Guest Area (positioned to the side of the Arena, in front of the lake) which includes VIP toilets and a VIP Bar (cash or card), unreserved additional relaxed seating areas, plus picnic benches scattered on the grass within the VIP compound.

What Else Should I Know?

Alcohol and other drinks must be purchased on site. There will be an abundance of bars and food outlets on site. Customers are permitted to bring in their own small camping chairs. but please note that these can only be used in the 'Rear Arena' on the Henry Moore hill - see ticket zones above. Deck chairs available to hire for the evening at £10 each - please note these can only be used in the rear of the arena (on the Henry Moore Hill only). Children under 16 must be accompanied by an adult. If relevant, Covid-19 guidance and regulations with regards to social distancing will apply. There is no parking at Kenwood House - please use public transport. Subject to licence. Promoter reserves the right to change line-up.