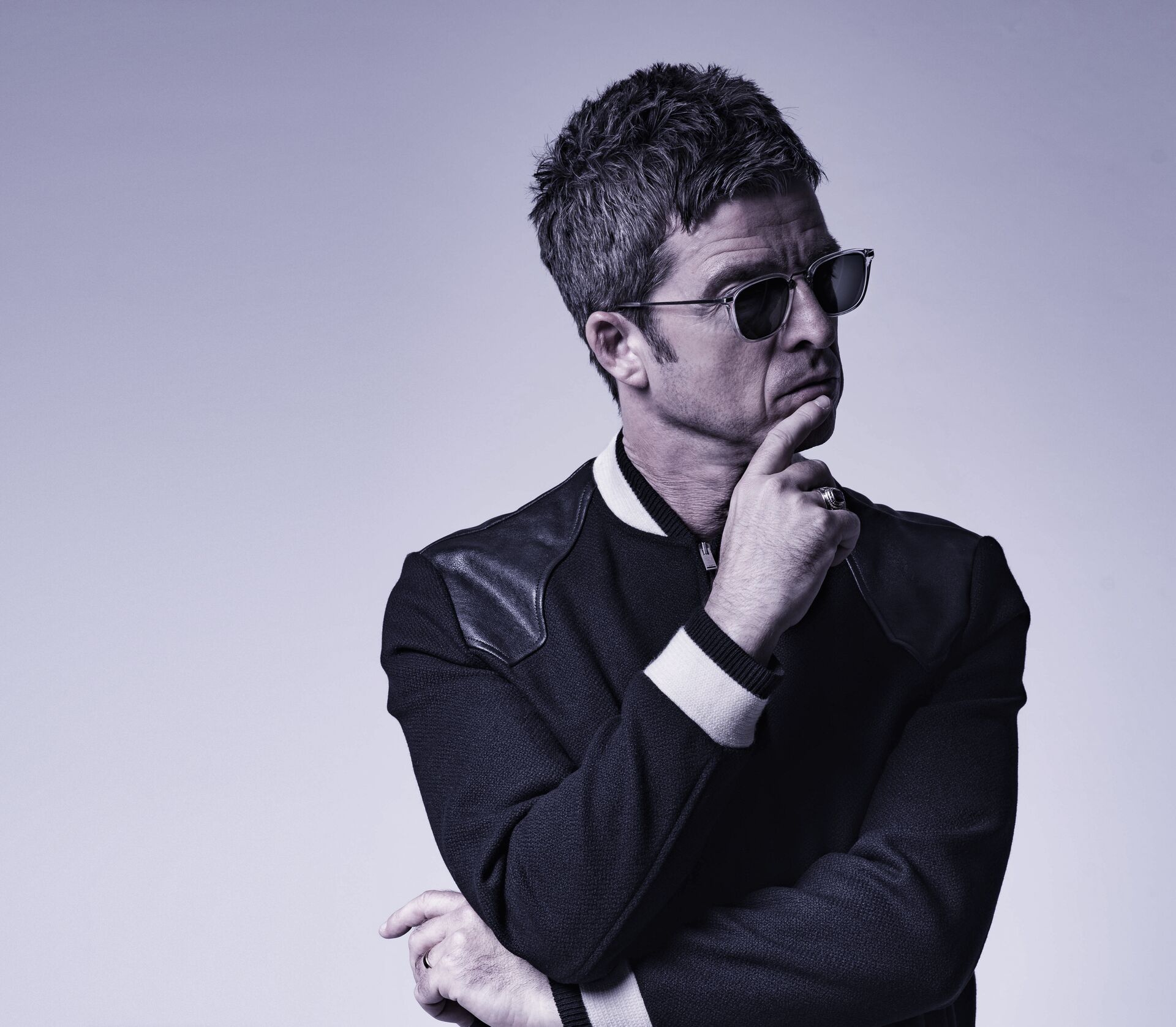 The multi award-winning alternative rock outfit will head to Saffron Walden in Essex for a one-off show featuring the band’s biggest anthems along with material from their most recent number one 2021 album ‘Back The Way We Came: Vol 1.’

Acclaimed Liverpool indie rock band The Zutons will be joining them as special guests for this superb musical evening. Tom Meighan (former Kasabian lead) will also be making an appearance, performing some of his most recent emotional solo work to round off this impressive musical event.

The concert is part of Heritage Live, a unique annual concert series that brings world-famous artists to the most beautiful landmarks in the country. Past concerts have taken place on the grounds of historic sites such as Kenwood on Hampstead Heath, Englefield House in Berkshire and the Ardingly Showground.

“Noel is one of rock’s true iconic geniuses and we’re so pleased he’ll be performing another Heritage Live show for us next summer. Their show with us at Kenwood last year was one of the highlights of the summer; the High Flying Birds are such a brilliant band and we really can’t wait to stage this show for them in one of the UK’s most amazing concert settings.”

Noel Gallagher’s High Flying Birds have undoubtedly reached icon status among the British music scene. After first emerging in 2011 with their eponymous debut album, the band have only gone from strength to strength as the years have passed. With this first album achieving double platinum status in the UK, (only 6 months post-release) and going on to sell over 2.5 million copies worldwide, it’s safe to say that NGHFB needs little introduction when their music quite obviously speaks for itself.

In the two decades prior to this release, Noel Gallagher was main songwriter, lead guitarist and occasional lead vocalist of British band Oasis. One of the biggest bands ever to emerge from the UK. His band played a tremendous role in shaping and inspiring British guitar music from the 90's onwards. So, it comes as no surprise that his High Flying Birds have continuously impressed fans for over a decade.

By the time their second album ‘Chasing Yesterday’ was released in 2015, Noel Gallagher’s High Flying Birds had already played 150 live shows in 32 different countries (and another 122 shows in 28 countries followed). Touring to a global audience, alongside a variety of music’s heavy hitters, as a live band NGHFB is hard to beat. With two certified platinum albums under their belt, NGHFB continued their career ascent with 2017’s ‘Who Built The Moon’, 2019 and 2020’s multi-genre EP releases and then more recently their 2021 Best Of release ‘Back The Way We Came: Vol 1’.

From number one to number one, these Mancunians have racked up an impressive list of accolades during their decade-long career, including a Q Icon Award (2011), an NME Godlike Genius Award (2012), an Ivor Novello Award (2013) and even a GQ Icon Award (2013) to name only a few. But even as we head towards the end of 2022, with the new single ‘Pretty Boy’ in everyone’s ears, it is quite apparent that the group remains at the top of their game.

Fans of NGHFB can expect to hear new material from the band’s recent works along with anthemic hits from their back catalogue such as ‘Chasing Yesterday’, ‘Who Built The Moon?’ and ‘Black Star Dancing’.

The Zutons and Tom Meighan will be joining Noel Gallagher’s High Flying Birds in August as very special guests.

The Zutons were introduced to the British music scene back in 2001, and have earned their critically acclaimed indie rocker status through the release of three UK chart-climbing albums including ‘Who Killed…… The Zutons’ and ‘Tired of Hanging Around’ (featuring hits such as ‘Valerie’). Their one-of-a-kind style and energetic live shows have attracted fans across the globe, including a range of industry icons (including Noel Gallagher, Miles Kane, Nile Rodgers) that have commissioned various band members to feature on their own albums along the way.

Tom Meighan is a man who is no stranger to the UK spotlight. The former vocalist of the alternative rock powerhouse Kasabian, Meighan’s signature frenetic energy and powerful baritone have kept his name in the mouths of British music fans since he came onto the scene in 1997. Since battling with alcohol addiction, mental health issues and a very public familial conflict, Meighan has since pursued his own solo musical endeavours with a focus on rehabilitation and emotional honesty. From his debut ‘Movin’ On’ EP (featuring singles such as ‘Would You Mind’ and the namesake release ‘Movin’ On’), to his ‘Let It Ride’ and ‘Shout It Out’ singles, 2022 is the start of something new for Tom Meighan, but more importantly it is the start of a new (and healthier) man.

Watch this space for details of our shows for 2023 - all to be announced very very soon! In the meantime, sign up to our Mailing List to be the first to know of new shows and early-bird discounts!

Take advantage of a VIP Ticket (purchased on top of your concert ticket) which entitles you to the facilities of the VIP GUEAT AREA.

> VIP ticket holders will also have early access to the concert arena, when possible.

Please note that car parking tickets can be purchased in advance when you book your concert ticket, via our many ticket agents. Car parking tickets can also be purchased on the night for £10 per car (card or cash). Please be aware that the road infrastructure surrounding Audley End is very limited, so please allow plenty of time for your journey to and from the venue. Please be patient and respectful to our staff and neighbours and please allow up to 90mins for entering and leaving the car parks. For more information, please refer to the GETTING HERE section of AUDLEY END.

For discounted Accessible tickets, please purchase your tickets online at AXS Ticketing. Please note that if you also require a space on our Access Viewing Platform (AVP) and/or a space in our disabled car parks, you MUST book this option when buying your concert tickets via AXS Ticketing. Spaces on the AVP and within the Disabled Car Parks cannot be booked separately, or at a later date. Please note these tickets are sold on a first-come-first-served basis.

Access Toilets will be provided in the main arena and within the AVP compound.

In addition, ‘Vehicles for Change’ will be providing one of their vehicles for individuals who require either a changing bench and/or hoist or where more space for wheelchair users to access the toilet is needed. The vehicle has either a tail-lift or side-lift with large opening doors which enable the wheelchair user to move straight into the toilet and washroom space. Inside, there is plenty of room for carers or family members who may need to assist or accompany the user. There is a sink at wheelchair height, a toilet with drop down grab rails at either side, a full sized (6 ft) free standing and height adjustable changing bench and an electric ceiling tracked hoist which is compatible with all loop slings. A shower is included with hot and cold running water. They all have heating and consumables such as wipes and disposable gloves and a bin for waste will be provided.

Please note that a picnic in a small rucksack is permitted. No alcohol, soft drinks, plastic water bottles or knives are permitted within the bag. To reduce waste at the site we strongly discourage single use plastics being brought in. There will be a wide variety of bars and artisan food traders on site.

Restricted items will be confiscated if found in your bag upon entry. There will be an abundance of bars and food outlets on site.

There is plenty of car parking space in the grounds of Audley End for the Heritage Live concerts but we do advise purchasing a parking ticket in advance - whilst purchasing your concert tickets you will be offered the option to also purchase a parking ticket (priced at £10 per car) to give you fast-track entry into the car-parks upon arrival. It will also be possible to purchase a car park ticket (cash only) on the evening of your chosen concert.

Please download your E-tickets to your mobile phone (or print them off) before leaving for the concert, as Wi-Fi and 4G signals are very limited onsite.

> Alcohol and soft drinks must be purchased on site and cannot be brought into the concert arena. Prohibited items will be confiscated upon entry.

> You are welcome to bring a camping chair, rug and small picnic

> Please note that a picnic in a small rucksack is permitted. No alcohol, soft drinks, plastic water bottles or knives are permitted within the bag. To reduce waste at the site we strongly discourage single use plastics being brought in. There will be a wide variety of bars and artisan food traders on site.

> Tickets purchased for the Golden Circle are reserved seating directly in front of the stage. All tickets purchased as 'General Admission', are standing / sitting on grass. Deck chairs will be available to hire on the evening at £10 each.

> Children under 18 must be accompanied by an adult.

> There is plenty of car parking available, charged at £10 per car (cash or card), but please allow plenty of time for your journey to and from the venue as the local road infrastructure is very limited and there are likely to be some delays. We request that customers please be patient and respectful to our staff and neighbours when leaving the venue. Please allow a maximum of 90mins to enter and to leave the car parks. Car parks will open from midday (concert arena will open at 3pm).

> Please do not set-off to the concert without having first arranged how you are going to get home.

> Please download your E-tickets to your mobile phone (or print them off) before leaving for the concert, as Wi-Fi and 4G signals are very limited onsite.

Please note that the promoter has the right to change the supporting line-up.