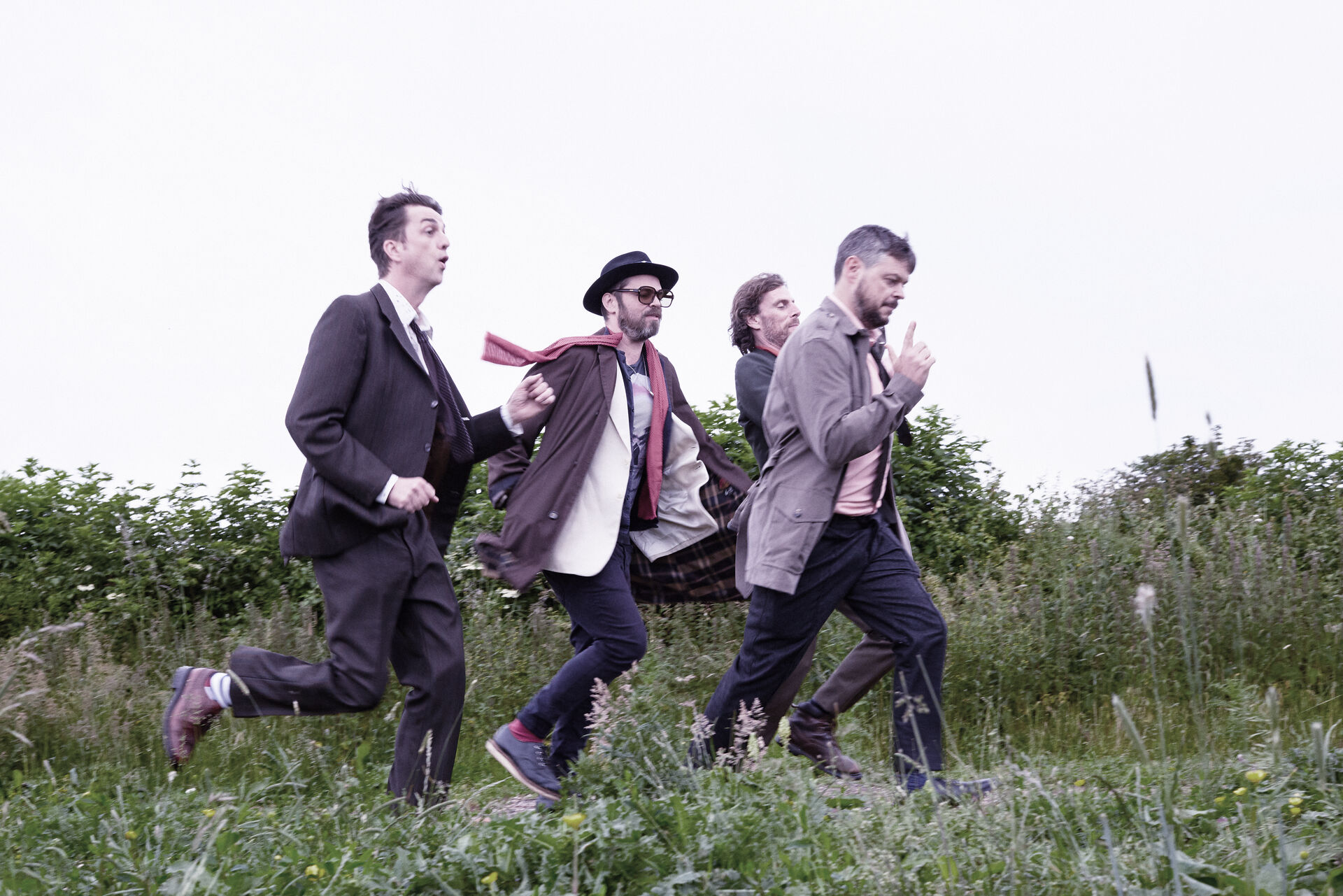 Supergrass will headline an indie all star line-up in the stunning grounds of Englefield House, Theale, Berkshire on Friday 22 July 2022, as part of the Heritage Live Concert Series for 2022 [Gates open from 4pm, music starts 6pm/ ends 11pm].

"We hope our friends in Berkshire and nearby Oxfordshire can come along to this amazing outdoor setting for our show. A big welcome to the mighty Feeder and Sports Team... We can’t wait for it!”

Supergrass – Gaz Coombes, Mick Quinn, Danny Goffey and Rob Coombes – formed in Oxford in 1993, released their No.1 debut album I Should Coco in 1995, going on to achieve several million record sales including 6 top 10 albums. Indie single, ‘Caught By The Fuzz’ and breakthrough single ‘Alright,’ captured the energy and spirit of the 1990s, leading the band to huge global success. They subsequently released five studio albums and a top 5 Best of, Supergrass is 10 in 2004. Other top 20 singles include: ‘Lenny’, ‘Going Out’, ‘Richard lll’, ‘Sun Hits The Sky’, ‘Pumping On Your Stereo’, ‘Moving’, and ‘Grace.’

After a 10-year split, the band re-united in 2019 for the Glastonbury Pilton Party. They then embarked on a tour to mark the 25th anniversary of I Should Coco, to support the band’s career-spanning box set, The Strange Ones: 1994-2008, which was released last year.

Since forming in 1994, Welsh band Feeder have released ten studio albums, including Echo Park, Comfort of Sound and Renegades, and are responsible for rock anthems including ‘Just the Way I'm Feeling’, ‘Tumble and Fall’, ‘Just a Day’, ‘Feeling a Moment’ and ‘Buck Rogers’.

Their ninth album All Bright Electric came out in 2016 and the band released their most recent album Tallulah in 2019, which peaked at No.3 in the UK charts, including singles 'Fear of Flying', 'Youth', 'Daily Habit' and 'Blue Sky Blue.'

Sports Team released their acclaimed debut album, Deep Down Happy, in 2020, entering the UK album chart at No.2. After earning a reputation for crazy live shows the 6-piece band have amassed a dedicated tribal following. Strong anthemic tracks like ‘Kutchner’, and ‘Here It Comes Again’ buzz with confidence and power.

If you wish to purchase a seat in the Reserved Seating Area, positioned in front of the stage please purchase your tickets via Ticketmaster

Please note that car parking tickets can be purchased in advance when you book your concert ticket, via our many ticket agents. Car parking tickets can also be purchased on the night for £10 per car. Please be aware that the road infrastructure surrounding Englefield is very limited, so please allow plenty of time for your journey to and from the venue. Please be patient and respectful to our staff and neighbours. For more information, please refer to the GETTING HERE section of ENGLEFIELD HOUSE.

Customers are not permitted to bring food or alcohol onto the concert site and please note that any food or beverages must only be purchased from official vendors located within the Englefield concert Arena.

Children aged 14 and under may purchase a Child Ticket (proof may be required upon entry). All children must be accompanied by an adult. Under 5’s free (no ticket require

There are no facilities for camping, caravans or campervans on the Englefield Estate and please note that vehicles are not permitted to remain in the concert car park overnight. For more information on camping and caravan sites in Berkshire, please visit the official tourist website for South East England: https://www.visitsoutheastengland.com/accommodation.

Alcohol must be purchased on site. All tickets purchased for the Golden Circle are reserved seating directly in front of the stage. All tickets purchased as 'General Admission Standing', are standing / sitting on grass. You are allowed to bring in a camping chair and deck chairs will be available to hire on the evening at £7 each. Children under 18 must be accompanied by an adult. If relevant, Covid-19 guidance and regulations with regards to social distancing will apply. Please be aware that the road infrastructure surrounding Englefield is very limited, so please allow plenty of time for your journey to and from the venue. Please note that vehicles are not permitted to remain in the concert car park overnight. Please be patient and respectful to our staff and neighbours. Please note that the promoter has the right to change the supporting line-up.